Another Solved Case by Parker County Crime Stoppers! July 27, 2021 - PRESS RELEASE – Parker County, TX
Parker County Sheriff Russ Authier stated two suspects have been identified in connection with the theft of a motorhome valued at $150,000. Sheriff Russ Authier said the theft occurred July 10, in the 15000-Block of State Highway 377 at the Wabash RV & Boat Storage facility.
Sheriff’s investigators obtained security footage capturing two male suspects and the suspect’s vehicle taking the recreational vehicle.
Both suspects were observed on the security footage entering the storage facility in a gray/silver Chevrolet Silverado 4X4 extended cab, leaving about 40 minutes later with the stolen motor home.
Sheriff Authier said a previous press release seeking the public’s assistance in identifying and locating the suspects generated numerous tips and leads. Sheriff’s investigators sought the assistance of Tarrant County Regional Auto Theft Task Force and Dallas Police while following up on each tip.
A Crime Stoppers anonymous tip led Sheriff's investigators to identify one of the suspects as James Dean Crow, 38, of Azle. Tarrant County Regional Auto Theft Task Force identified the second suspect as and Joshua Lee Allen, 26, of Fort Worth. Dallas Police investigators recovered the stolen motorhome July 17, in the business district in Dallas.
Sheriff Authier said in addition to theft charges out of the Parker County, Joshua Lee Allen has additional outstanding warrants for evading arrest detention with a vehicle, obstructing a police officer with Benbrook Police Department, criminal mischief from Burleson Police Department and theft of property out of Hood County.
Sheriff Authier said anyone who knows the location of James Dean Crow and/or Joshua Lee Allen is encouraged to contact the Parker County Sheriff’s Office at (817) 594-8845 or Parker County Crime Stoppers.
Crime Stoppers will pay up to a $1,000 reward for information leading to the arrest of the suspects involved. You are anonymous when submitting information to Crime Stoppers.

Submit tips online by logging onto www.pccs.tips or at http://www.parkercountycrimestoppers.com. You may also submit tips to Crime Stoppers through the P3Tips App or by calling (817) 599- 5555.

July 26, 2021.
PRESS RELEASE
Parker County Sheriff’s investigators said a Parker County man was arrested in connection with a child pornography case.
Parker County Sheriff Russ Authier said the case originated from a Crime Stoppers tip, identifying the man who was suspected of obtaining numerous images of child pornography on his iPad and iPhone.
Sheriff’s Child Crimes investigators obtained a search warrant for the suspect’s iCloud account, where they located approximately 1,000 images of child erotica and child pornography depicting children in suggestive poses and nude sexual positions.
Sheriff’s investigators estimate the images of children depicted in the photos were between the ages of 6 and 12.
The suspect was identified as Walker Watt Lawrence, 46, of Willow Park. He was arrested July 21, on six warrants of third-degree felony charges of possession of child pornography and was booked into the Tarrant County Jail. He was released Friday on a $60,000 bond.
Sheriff Authier said Child Crimes investigators worked for several months during the investigation to gather evidence prior to Lawrence’s arrest due to the large amount of images.
Sheriff Authier also stated the case will be forwarded to the Parker County District Attorney’s Office for prosecution.

The female suspect wanted for an aggravated robbery which took place on Christmas Eve was taken into custody this evening by the Parker-Hood County Fugitive Apprehension Strike Team.
Parker County Sheriff Larry Fowler said the 17-year-old male victim posted a hover board for sale on the Website called “Offer Up.”
The suspect, identified as Melissa Ann Boyer, 23, of Fort Worth, responded to the advertisement via text messenger, agreeing to meet the victim at a convenience store parking lot in the 12000-block of South FM 730, in Azle, Dec. 24, 2017.
Boyer entered the parking lot around 8 p.m., driving a gold four-door passenger car, and met the victim and his brother to look over the hover board.
Boyer walked back to her car with the victim following to make the payment exchange for the hover board.
When they reached the suspect’s vehicle, the victim reported that Boyer reached into the center console and pulled out handgun, telling the victim to “act like he had the money and to walk away or she would shoot.” Boyer then threatened the victim a second time stating if he followed her, she would shoot him.
Boyer and another female inside the vehicle fled the parking lot heading north on FM 730.
Boyer was identified early in the investigation, but evaded US Marshals and the F.A.S.T members until today.
Sheriff’s investigators credit an anonymous Crime Stoppers tip which led to Boyer’s location.
US Marshals and F.A.S.T team members conducted surveillance on the suspect’s location at a residence in Haltom City. Once the suspect arrived, she entered a building adjacent to the residence. Deputies surrounded the building and apprehended Boyer without further incident.
Boyer was booked into the Parker County Jail for aggravated robbery. Her bond was set at $100,000.
“It’s a shame that the suspect found it necessary to rob these young men on Christmas Eve,” Parker County Sheriff Larry Fowler said. “As we had hoped, the distribution of photos from surveillance video capturing the incident is what ultimately led to her capture. We credit our F.A.S.T. Team working in cooperation with the US Marshals Task Force for the apprehension taking place without incident. We are pleased that someone had the courage to come forward and report where the suspect had been hiding.”
Anyone with information about any crime is encouraged to contact the Parker County Crime Stoppers hotline at (817) 599-5555. You may remain anonymous when calling Crime Stoppers.
Crime Stoppers will pay up to $1,000 for information leading to the arrest of suspects involved in crimes.
___________________________________________________________________________________________________________________

The white male pictured below is an alleged suspect in a theft case.  This man is alleged to have entered an employee break room at a local business and stole a wallet from an employee’s purse. 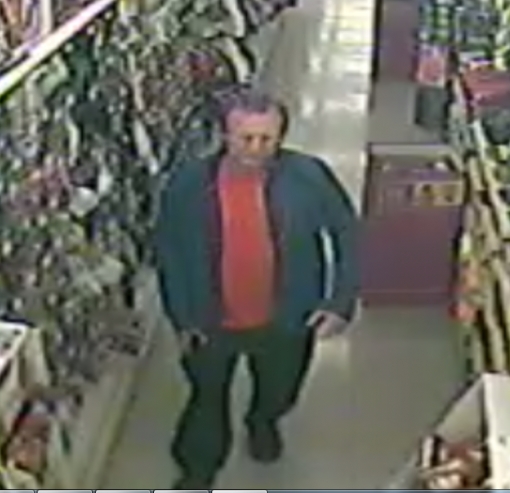 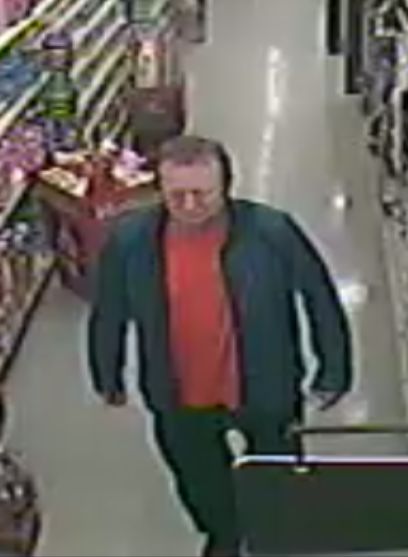 The 2001 Ford F250 pickup pictured below was recently stolen from a local business.  The sun visor you see above the windshield was not on the truck when it was stolen.

If you have any information as to the whereabouts of this vehicle or the suspects who stole the vehicle, please contact Weatherford Police Department at 817-598-4300.  If you would rather remain anonymous and possibly receive a reward for your information, please contact Parker County Crime Stoppers at 817-599-5555, 1-800-942-STOP, or visit the Parker County Crime Stoppers website at www.parkercountycrimestoppers.com to learn more ways to submit a tip. 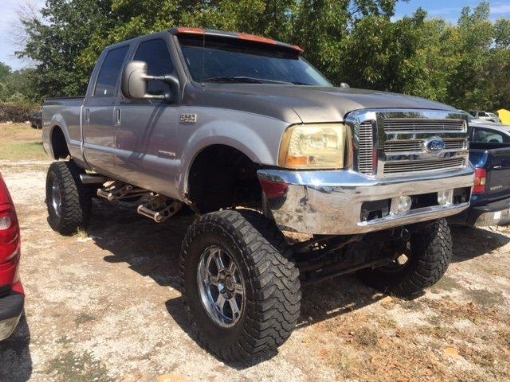 The Weatherford Police Department is asking for your help in identifying the person in the attached photo.  The white male pictured is alleged to be a suspect in a criminal mischief case.

If you have any information, please contact Weatherford Police Department at 817-598-4300.  If you would rather remain anonymous and possibly receive a reward for your information, please contact Parker County Crime Stoppers at 817-599-5555, 1-800-942-STOP, or visit the Parker County Crime Stoppers website at www.parkercountycrimestoppers.com to learn more ways to submit a tip. 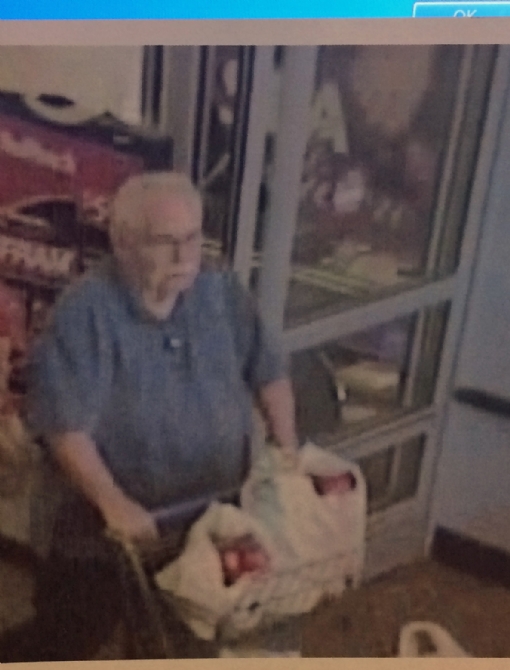 We need your help in identifying the man in the picture.  He is alleged to have stolen a wallet from the victim and then went on a shopping spree to several stores.  He may have been driving the vehicle pictured – possibly an older model red/maroon colored Ford Taurus.

If you have any information, please contact Weatherford Police Department at 817-598-4300. If you would rather remain anonymous and possibly receive a reward for your information, please contact Parker County Crime Stoppers at 817-599-5555, 1-800-942-STOP, or visit the Parker County Crime Stoppers website atwww.parkercountycrimestoppers.com to learn more ways to submit a tip. 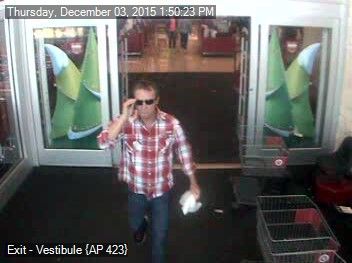 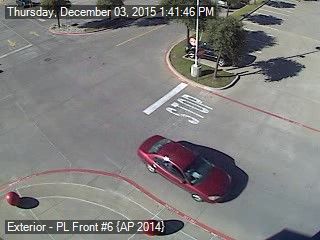 Weatherford Police would like to thank everyone for their assistance yesterday helping us identify a suspect in one of our cases. Due to your community crime fighting efforts yesterday, the victim in our case has now recovered her missing money. As of this afternoon, she has decided not to pursue charges any further, so our investigation is now complete. Great work everyone and thanks again for all your help! "Our citizens are our greatest resource"

We Need Your Help

The Weatherford Police Department is asking for the public's help in identifying a suspect in a theft case. These pictures were taken from surveillance cameras at Weatherford Walmart on 07/18/2015.

If you have any information, please contact Weatherford Police Department at 817-598-4300 or if you would rather remain anonymous and possibly receive a reward for your information contact Parker County Crime Stopper's at 817-599-5555 or 1-800-942-STOP.